Home / Why Choose Us

We provide a free measure and quote

We are competent in installing in stone, timber, aluminium and steel

We have liability and indemnity insured. All our work complies with Australian Standards 1288

We have Licences for Scaffolding, Working with Children, Elevated Work Platforms and working at Heights

We are members of AGDA

We have award wining craftsman working on our team

Wesley first started working in lead lighting when he was only 15 years of age at school and soon developed a passion for it. After he left school he worked in a lead lighting studio in Richmond, Victoria for 2 years and then when on to do his apprenticeship with them.

He studied at Holmesglen TAFE Certificate III in Leadlight and Stained Glass. In the 3rd year of his apprenticeship he started working for one of Australia’s most prestigious firms and completed his apprenticeship. During his third year, Wesley won apprentice of the Year for the overall course. He also entered one of his pieces into the Furnishing Trade Awards (one of the largest awards in Australia for the furnishing industry) and came within the top 5 for this award.

For the next couple of years Wesley continued working and travelling around Victoria restoring churched and working on a large number of heritage works.

He then started teaching the apprenticeship course at Holmsglen TAFE and running his own business but his thirst for knowledge soon took him overseas to work for some of London’s most prestigious firm Chapel Studios, Clockwork Studios & Philip Bradbury Glass. He then returned to Melbourne in 2008 and restarted his business. 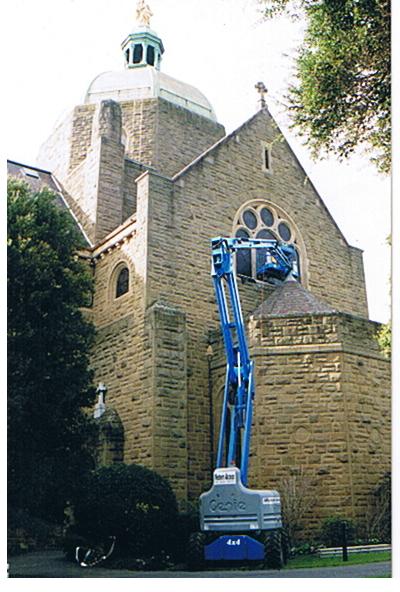 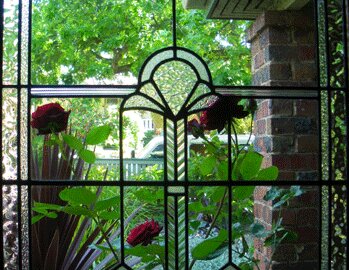 Our Process To Ensure A Quality Window

We believe that by going through the process as shown below, from your initial drawing to the finished product, you will get the best quality product that money can buy.

To begin with, we draw you a thumb nail design with colour and textures like the one shown alongside. We ensure it has good design characteristics and minimal inherent weak spots.

We contemplate the choice of glasses we do it very carefully. We will avoid faults within the glass but at the same time avoid losing that handmade quality that so many of the glasses that we use have.

Leading of the panel is one of the most structurally important parts of your window. Our approach to leading ensures we maintain structural strength without compromising design. We use a weaving method with our windows to gain additional strength and also incorporate internal reinforcing lead. We use good quality leads.

Where reinforcing is required for the window, we ensure that it is as invisible as possible and gives you the maximum longevity and strength to you window.

Soldering also plays an integral part in the construction of your panel as it helps to hold the lead together. We use what we like to refer to as alphabet soldering. Where we will make a T X shape out of the solder join instead of dabbing it on the lead. This ensures a strong join and helps in the rate of decay.

Puttying is one of the most important parts of your window as it holds your window together and seals the panels.

There are many pre-made putties on the market today some have plasticisers in them that means that they cannot be regenerated (ie. re-puttying insitu) or they have cement in them that makes them extremely hard to repair. We use putty that is made in house to an old fashioned recipe which mean we know exactly what goes into to it. We cast the panels with the putty instead of thumbing it in which helps the putty to wrap around the glass while ensuring the longevity of your window.

Our trained in-house staff will install your window in accordance with AS1288. We do not contract out installation work to glaziers who often have minimal experience installing Leadlight or Stained Glass.